Deutsche Welle at a glance

Our Mission: Deutsche Welle is Germany’s international broadcaster. We convey a comprehensive image of Germany, report events and developments, incorporate German and other perspectives in a journalistically independent manner. By doing so we promote understanding between cultures and peoples. We simultaneously also provide access to the German language.

Our Programming: We carry out our legal mandate through television, radio and internet. DW stands for in-depth and reliable information in 30 languages, with TV in English, German, Spanish and Arabic. Our flagship is the 24-hour English language TV channel which is available almost everywhere in the world.

Our Audiences: We reach out especially to international decision makers, to people who have or will have influence on opinion making. In authoritarian states we turn to those who engage themselves for democracy, civil liberties and progress. Our German programs are also directed towards German speakers abroad and those who teach or want to learn German. DW reaches more than 197 million people on a weekly basis. DW – Made for minds. That’s our claim.

Our Distribution: We rely on a satellite network, on our roughly 5,000 partner stations, on the internet and on mobile distribution. The new DW app offers online content according to user preferences. We keep broadcasting through short wave, for instance in Africa and parts of Asia, where this form of communication still reaches many people.

Our DW Akademie: We pass on our knowledge. For over 50 years, we have promoted media development around the world and professionalized media makers and managers. Sustainable media promotion is the guiding theme of DW Akademie. This includes intercultural media training.

Our Organization: Deutsche Welle is organized as a public broadcaster and is financed by federal tax resources. Peter Limbourg is DW’s director general. Around 1,500 employees and nearly as many freelancers from 60 countries work at DW’s headquarters in Bonn and main studio in Berlin. 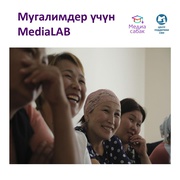